The pain of remembering 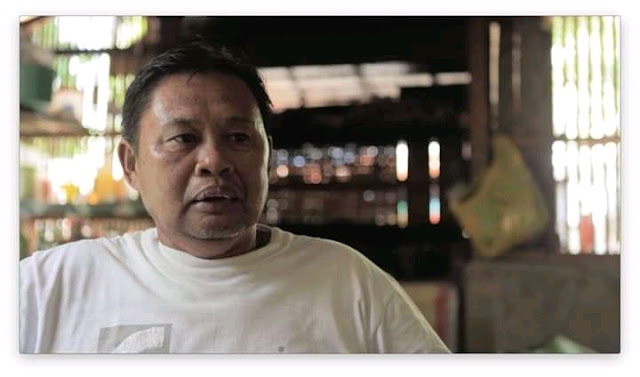 #NeverForget #NoToMartialLaw Mohammad Kanda was only thirteen years old when Philippine military forces detained him together with more than 1,500 men at the Tacbil mosque in Malisbong, Palimbang town, Sultan Kudarat province, in September 1974.

The soldiers assured them that it was going to be okay, that the measure was for their own good, that they meant no harm to the people of Palimbang.

It was the height of the Martial Law regime of Ferdinand Marcos.

For more than a month, Mohammad and his companions were cramped inside the mosque and fed mostly thin slices of coconut and green papaya. They drank water boiled with guava leaves. Soldiers would spit and urinate in the water.

“Twice a day the soldiers would bring about a dozen of the men to the nearby beach, ” Mohammad remembers. “The daily excursion was followed by gunfire and the men never to be seen again.”

After a month, Mohammad and about 100 men were transferred to a mosque in Baliango, still in Palimbang, where they were tortured and interrogated by the military. About a dozen were killed, those who were deemed uncooperative and those suspected to be related to Moro rebels.

Later Mohammad discovered that only the group that went to Baliango survived. More than a thousand men were massacred in Malisbong, their skeletal remains slowly emerging from shallow graves along the beach as tides swelled in the succeeding months.

Mohammad's story is part of my documentary Forbidden Memory which Reckless Natarajan Pictures produced for Cinema One Originals in 2016.