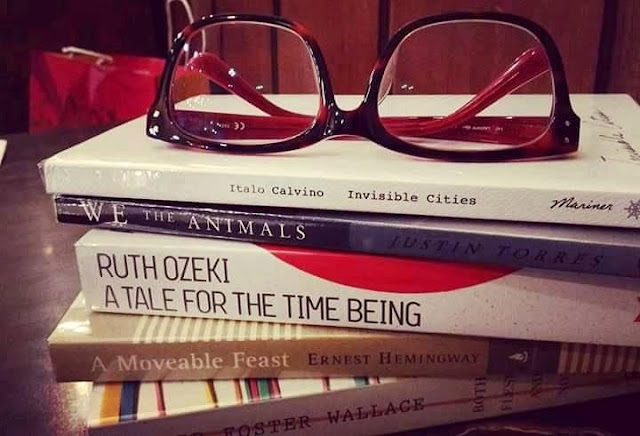 I have a confession to make. I have not been reading novels lately. The last novel I read was We The Animals by Justin Torres. This was three years ago, in September 2017. Torres' language possesses a clarity and fluidity; it is remarkable for its elegant simplicity. It didn't read like a tedious novel. It was like reading personal essays, each chapter a story of its own that didn't require the reader to jump to the following chapter immediately to find out what happens next. I paused for a long while after reading a chapter, and recalling my own childhood, I took in the vivid tales of growing up years eloquently told. Today I learned that We The Animals was adapted into a film by Jeremiah Zagar, premiering at Sundance in 2018.

This does not mean that there is a scarcity of books. Since 2016, I have amassed quite a number of books that I found on trips to Penang, Brisbane, Berlin and Manila. I still prefer the physical book to the digital version. The titles include Salman Rushdie's Two Years Eight Months and Twenty-Eight Nights, David Foster Wallace's Both Flesh And Not, Italo Calvino's Invisible Cities, Alan Hollinghurst's A Stranger's Child, Thomas Bernhard's Correction, Umberto Eco's The Mysterious Flame of Queen Loana, Ernest Hemingway's A Moveable Feast, several film books on black cinema and Francois Truffaut, Henry Kamen' Empire: How Spain Became a World Power, 1492-1763, and a few translation of Malaysian classics. Prior to the past two Christmases, I planned to read the books while on holiday but spontaneous invitations to hang out with visiting friends or relatives had prevented me. With a busy schedule throughout the year, I managed to read Kamen's superbly written book last year as a reference for a screenplay I was writing set during the Spanish colonial occupation of the Philippines.

I declared a moratorium on buying books until such time that I have read at least half of my book haul. But I confess that this was not easy. One day, during a trip to the mall to buy groceries, I passed by a book store and checked out their stocks. Five minutes later, I purchased Clive Aslet's The English House, a collection of essays on architecture.

The lockdown, as it turned out, afforded me the time to read the books that have been collecting dust on my bookshelf. I started with Early Cinema in Asia, edited by Prof. Nick Deocampo, a film historian and documentary filmmaker from the Philippines. The book is helpful in understanding the beginnings of cinema and how it was brought to the Philippine shores during the American colonial period, parallel to the British occupation in Malaya, the French in Vietnam and the Dutch in Indonesia. Tracing the history of cinema is important as the Philippines celebrated the centenary of its cinema in 2019. 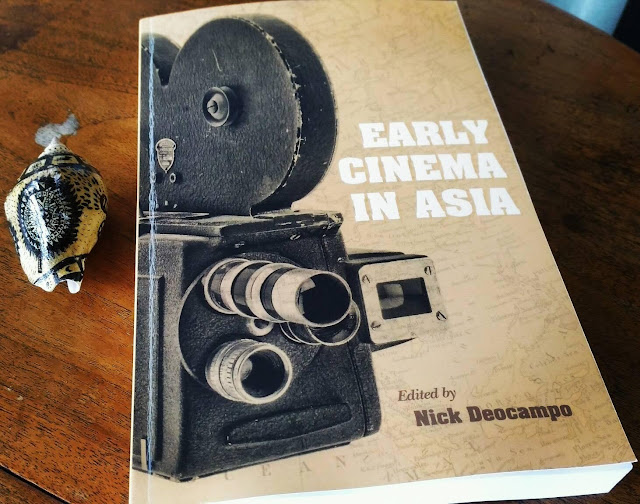 Next on the reading list was Faith in Writing: Forty Years of Essays by Goenawan Mohamad. The essays which originated from a column that Mohamad wrote for an Indonesian paper provides an overview of the changes in the social, political and cultural landscape of Indonesia, from the authoritarian regime of Soeharto to reformasi and the democratic transition, offering a lucid and insightful observation into one of the most exciting upheavals in modern history. 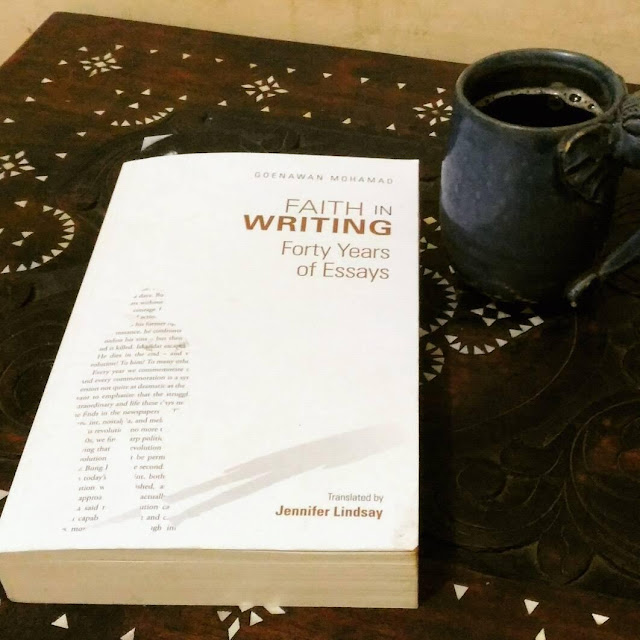 Last night I finished The Thing Around Your Neck, a collection of short stories by Nigerian author Chimamanda Ngozi Adichie. The stories resonate to a generation raised in war, violence and poverty, drifting away from home in search of a better life.

I think I can still manage with a book or two, so I will begin reading Both Flesh And Not before life gets in the way again.

Email ThisBlogThis!Share to TwitterShare to FacebookShare to Pinterest
Labels: BOOKS