Recreating sound and look in a period film 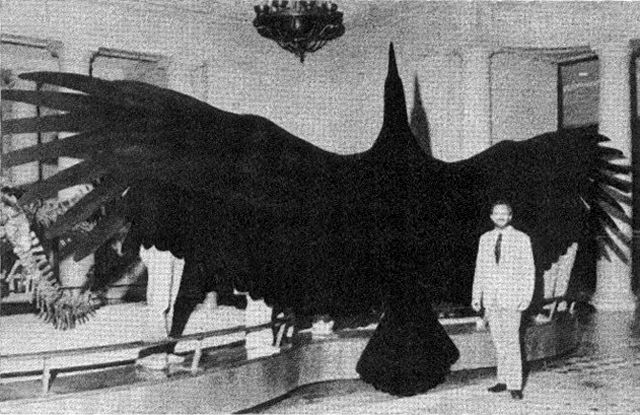 When I was pitching Masla A Papanok (Bird of History), I was asked the question, "What does the bird look like?" Papanok is the Maguindanaon word for bird. So I began describing the bird and how I intended to shoot the scene to the QCinema International Film Festival selection panel.

Masla A Papanok takes place in 1891, towards the end of the Spanish colonial era in the Philippines. One day a huge bird suddenly appears, which, according to local superstition, is a bad omen.

Much later, when I was got the grant from QCinema to shoot the film, I asked my father to recall accounts of those who have seen this mysterious bird in the past. It was a big black bird, he said. He likened it to an eagle, but much larger. He has not seen it himself, but has heard of many stories about it. I imagined that it might have looked like the thunder bird Argentavis magnificens, or the giant teratorn (photo above).

My father cautioned me, however, to stop obsessing on the physical features of the papanok. I wanted to argue that I needed to imagine how this bird looked like because film is a visual medium, but I was also eager to learn more. You see, in Maguindanaon lore, the appearance of this bird is bad omen. People in the olden days say "inunian na buniga" to refer to this event. Roughly translated, "the sounding of the big bird." When people hear the sound, they know that bad things are bound to happen. The sound of the bird is, therefore, the ominous presence more than the sighting. To imagine Masla A Papanok is to imagine how it sounded.

But how does one make a period film for 1.5 million pesos (US$30,000)? Clearly the biggest challenge of producing Masla A Papanok was how to mount the film's production design with very limited resources. The first task was turn to archival photos of Cotabato, the milieu of the film, which were taken during the last years of the Spanish colonial period. These photos offered a lot of insights to the production - from creating an authentic look to deducing knowledge on the political economy and social life of the Maguindanaons of the late 1800s, which would then inform the visual design of the period. As there is little extant tangible heritage of the period, imagination filled the gaps. For instance, basing on the photograph below, fabric was a luxury only the rich or nobility could afford in those days. Servants and members of the lower class had to make do with a singular malong (tubular cloth) as garment and would wear it to cover the breast down. Trading with the outside world was a lifeline of the economy, so a lot of goods and commodities came from Chinese traders. As a result, the Maguindanaons wore camisa de chino ('Chinese shirt') and malong made of cotton and silk cloth (rather than the traditional inaul weave of the Maguindanaon). 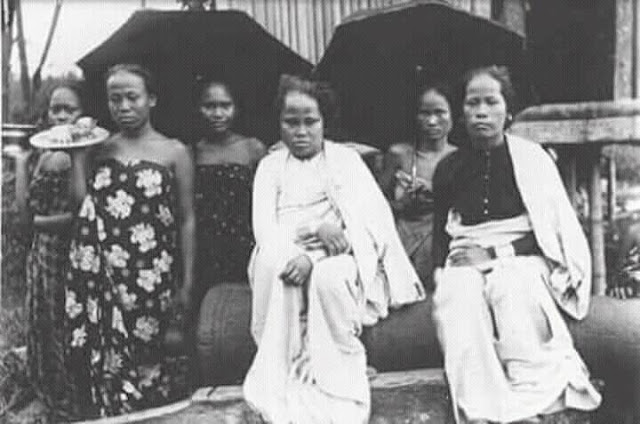 Old photographs are a window to the past, a time and place that we will never be able to visit. They capture images that are frozen in time. Much of my work as a writer, a filmmaker, an observer of culture are produced by encounters with photographs. I am particular with images of the common folk as they could provide a more accurate assessment of the social, economic and cultural conditions of the past. With meager material resource, there is little room for staging or art direction.
at May 14, 2020