A decade in review 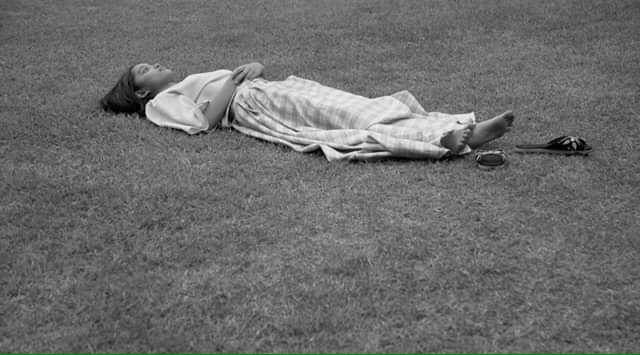 I'm back again. Considering whether to resume blogging again or not, I reviewed the entries of this blog and realized it has been a decade. There are things in my past that are well chronicled here, worthy of reflection on how to move forward in the new decade.

The last ten years was an exciting time. In December of 2009 I started preparation for my debut film Limbunan after it was announced a week earlier that it was selected as a finalist of Cinemalaya 2010.

In 2010 we shot the film and learned valuable lessons in filmmaking. I felt the outpouring of support from the creative as well as the Moro community especially when Limbunan was invited to the Venice Film Festival. It was election year and there was a vacuum in FDCP leadership so our grant application was on a standby. Back then DCP conversion was a whopping 200,000 pesos (US$4,000). Money I didn't have. Good thing NCCA under the leadership of Malou Jacob was quick to support us. We also organized fund raising screenings in Davao and Cotabato with the help of then Bureau of  Cultural Heritage director Atty. Toie Mitmug. That year alone Limbunan was invited to a dozen international film festivals. More would follow in the succeeding years.


Banking on the high of Limbunan I made Cartas de la Soledad in 2011 via Cinema One Originas. It was largely ignored by Filipino critics (one Manunuri even said to me, "After Limbunan how could you make this film?") This also started my standing rift with a notorious post production company of that time details of which are still too painful to recall. Anyway Cartas de la Soledad was well loved by international critics solidifying my stature as an obscure arthouse film director. It won the NETPAC Prize in Jogja too.

2011 was a low for me because nearing the end of the year my mother passed on.

Consumed by guilt and trying to make sense of the loss I made the doomsday drama Qiyamah in 2012 through a grant from Film Development Council of the Philippines (FDCP) - Sineng Pambansa program. It won best film and best editing in the 2013 YCC Film Desk Citation for Distinguished Achievement in Film. Strangely Qiyamah is my least traveled film after being compared to the oeuvres of Lav Diaz - monochromatic and slow. That same year I released The Obscured Histories and Silent Longings of Daguluan's Children, winner of best film and best director at Cinemanila. It fared better in terms of its festival rounds and earned the approval of the film critic Chris Fujiwara.

I went on a directing hiatus from 2013 to 2015. I moved to Gensan from Davao and founded the Salamindanaw International Film Festival which would shift its focus on Asian cinema in 2016. I also tried acting in Lav's 2014 film Mula Sa Kung Ano Ang Noon (From What is Before).

In 2015 I began working on moro2mrw which received a production grant from FDCP. However, due to the Mamasapano Incident, the said grant was withdrawn as FDCP feared that any project on the Moro would not be well received by the public. I started a call for support for the film which the ARMM government under Governor Mujiv Hataman gladly responded to, providing us with much needed funding support to make the film. Friends also contributed to our crowdfunding campaign.

During this time I was also released an anthology of young Moro writings called Rays of the Invisible Light.

Forbidden Memory is a special film for me. It surfaced an episode in our dark past that only a few knew. It allowed the survivors of the Malisbong massacre to talk about their experience. I would like to believe that Forbidden Memory is not just a film but an important historical text.

In 2016 the Ateneo De Naga University Press released my collection of essays Archipelago of Stars. Several of the essays started their life as blog entries here which I later developed into full essays. A few of these essays remain here.

In 2017 I started writing the screenplay of Masla A Papanok (Bird of History) after Lav Diaz emailed me a story. Two years earlier another Mindanaoan director, Sherad Anthony Sanchez, broached the idea of Lav and myself co-directing an ode to the Cotabato/Maguindanao of our birth. Although this dream film remains elusive, collaborating with Lav on a story was a joy. The following year QCinema provided the grant to make the film. It was a rude awakening for me on many levels. First, never screen a rough cut or a work in progress. It was the worst reception that I ever had, an Instagram reviewer said that the film looked like a high school project done by its valedictorian. John Tawasil's review provided a glimmer of hope. I realized (together with my assistant director Kikko Kalabud) that it was a polarizing film, and most opinions were formed depending on one's knowledge of Mindanao. But the  validation would arrive a year later. In 2019, Masla A Papanok won best screenplay at the YCC Film Desk Citation for Distinguished Achievement in Film.

I have films on my mind. Books, too. Places to explore. I'm looking forward to the new decade to do them.
at January 02, 2020