In February I moved to the archipelago’s southernmost city together with my two cats, Basmati and Aslan. We live in a small studio in the middle of General Santos only two blocks away from the mall and the city's main Catholic university. I have called this city home since then, braving the unfamiliar sandy topography, the regular asthma attacks, and the scorching heat that rendered itself intolerable due to the regular brownout which lasted until May.

General Santos is pretty laid back compared to Davao. You can drink until the wee hours of the morning and smoke anywhere. Davao has imposed a comprehensive smoking ban, and partying is only good until two in the morning. Life here has its perks. 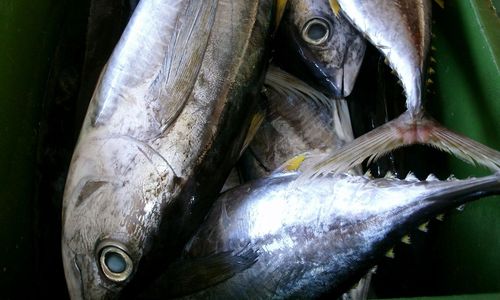 The self-proclaimed "tuna capital of the Philippines," seafood is relatively cheap here. If you find a a vendor selling tuna for more than PhP200 (US$5) per kilo in the market, you can accuse him of robbing you. Tuna kinilaw (Filipino version of ceviche) at Cafe Amoree (Microtel) costs PhP150 (US3.75). It can feed a party of 4. You can savor grilled baby tuna in the carenderia row along Champaca Street for PhP50 (US$1.24). I'm talking about a 300 gram fish here. But for more seafood options, my favorite place is the row of seafood restaurants along Tiongson Avenue where they serve pinaputok na tilapia (grilled tilapia wrapped in foil) this one slathered with copious amounts of butter, grilled squid, and sizzling bagaybay (tuna gonad).

I find no need to take public transport in the city's downtown area. Besides tricycle drivers here are a bunch of assholes (well, that will be part of another list).

I walk. Everything is centrally located. This opinion can be shared by people who have lived in bigger cities and who like walking. Two blocks to the right from my studio, three big malls sit next to each other. About five blocks to the left you can find the post office, the city government complex, the city plaza, and the main cathedral. You can walk beyond the plaza and onto Pioneer Avenue and you will reach Acharon Boulevard fronting the sea that will connect you to the public market if you turn left.

Drive to two of the city's exits (Gensan-Kiamba Highway and Gensan-Glan Highway) and you will find a strip of sand and sea. My favorites are WaterGran Beach Resort in Barangay Bawing and Kawas Resort in neighboring Alabel because of the enclosing mangrove forest. Pitch a tent or rent cottage and relax!

4. Traffic enforcers wear pink! And they know how to dance.

Not only prisoners can dance with this gusto and style. Officers of the law in Gensan demonstrate that they can it better.

5. Tales of the supernatural abound.

Aswang, manananggal, kapre. You name it, they're all here. Or at least entertaining stories about them for the skeptics. Gensan is a melting pot of culture, and of stories. The native Maguindanaons and lumads have their own version of the supernatural creatures feeding on blood and fetuses, and those that can transform into animals of various shapes and sizes. When settlers from the Visayas, Panay specifically, arrived in its shores the stories quadrupled. My friend Raymond tells me that there was a supernatural incidence in Barangay Bula a few years ago where witnesses attest to having seen a creature leap from one roof to another, Naruto-style.

Located at SM City, this place is a revelation. Quaint, with interesting decors set in black painted walls. It has become a favorite of mine and my friend Ed Cabagnot of the CCP. For vegetarians, their meat-free pad thai and vegetable curry are a must-try. For dessert you should try their muscovado-flavored taho or pandan-flavored taho. 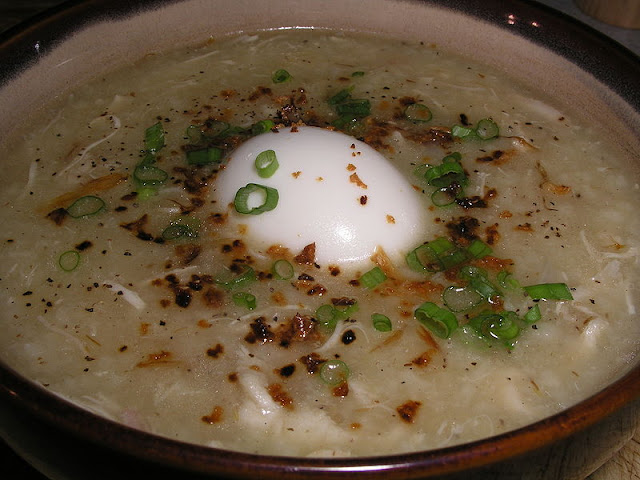 After partying in Davao, we hie off to either a dimsum place or Bulcachong for an after-party meal. In Gensan, it's the arroz caldo place on Rambutan Street. It's soupy like Jogjakarta's soto compared to the usual thick Chinese variety.  You can choose which part of the chicken  (free-range and not the poultry farm kind) you want in your soup. Or you can opt to have the hard boiled egg. The soup has hints of ginger, garlic, and aromatic lemongrass. You can even ask chili flakes to go with your arroz caldo for the little kick that I usually like.
at July 07, 2013 No comments: