I juggle the roles of director and production designer in my films. In Cartas de la Soledad, I will recreate a decrepit villa caught in a time warp. To be shot in Davao City, the house is a typical 1950s style. The interior design is a hodgepodge of styles ranging from the 1950s to the middle 1990s. I'm looking for pieces that will complete the look of the film. I hope you can help me with certain items. 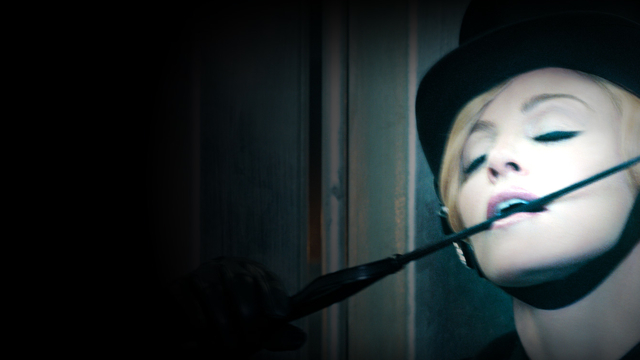 Three years ago I had the privilege of being in the Madgesty's presence during the Chicago leg of the Sticky and Sweet Tour. I wrote a five-page essay entitled The Pilgrim on the experience. Here's an excerpt.


"I scrambled off the bus as soon as it reached the station on Harrison. Chicago was cold all right. I inhaled the dry air.  I walked towards Halsted Street. My hostel was two blocks away, occupying the second and third floors of an old building in the Greek part of the city, above a restaurant called Parthenon. I reached it in five minutes, thanks to my impeccable sense of direction, an ability my friends are jealous of —“What are you a walking compass?” A friend once remarked— because I can be more precise than a GPS.

The innkeeper was an old Greek guy, presumably in his 70s, who looked like Anthony Quinn on the heavy side. After collecting payment, he escorted me to the second floor. “Put this in key hole when you leave. Check out time is ten in the morning,” he said, and went back downstairs. My room was spartan. There was a small bed and desk, a square mirror on the wall next to a framed charcoal drawing of what looked an impression of a Grecian urn. No cabinet. The window had a view of the street. The bathroom was located at the end of the hallway. I would only be staying for the night.

The concert would start at eight, and, anticipating a long queue, there was no time to rest. I walked to the bathroom and washed my face. Back in my room I preened myself in front of the mirror. I couldn’t face the Queen looking like a hobo. I pulled out my belt bag from the backpack. I stuffed it with my wallet, concert ticket, cell phone, maps, lip balm, gum, and after deciding what the heck, my camera. I would think of a plan to sneak it in.

All roads lead to United Center. Pilgrims of all ages, ethnic origins, religions, and sexual persuasions would congregate that night. I set off on Halsted Street, walking three blocks until I reached the corner of Madison Avenue, and took a left turn. I could hear my heart racing, unable to hide my excitement. This was a journey that took me twenty-four years to make, traversing different time zones, the expanse of the great Pacific Ocean, a voyage of 8,000 miles, and nearly 9,000 days since the first time I saw Madonna in the Borderline video when I was still in third grade. In the intervening years I’ve slipped in and out of faith and nonbelief, moved across the terrains of lucidity and melancholia, even navigate the sexual topography from being top to bottom to versa, but all throughout this constant movement, my devotion to Madonna never faltered. And now I would see her in person, this woman that I called my Icon. I walked closer to United Center, the sky slowly turning into the color of gunpowder, my hands sweating despite the cold. I rubbed my eyes to clear my vision, and got a big surprise. There was nobody outside United Center. Except for the security guards. I checked my watch. It was only five twenty. I proceeded to the box office. “What time will the gates open?” I asked. “Not until six thirty.” I was early. I was way too early. But there was no turning back. I would just have to wait. I walked to the other side of the arena, took out my camera, and started snapping photos. Ten minutes later I saw a group of teenagers taking a video of themselves, talking to the camera about how excited they were about the concert. They were planning to do a documentary. But how would they sneak in the camera? At that point I had thought of a way to sneak in my camera. I would tuck it in my brief. The guards would check my bag, I was sure of that. But it was most unlikely that they would ask me to strip, unless they really have some very kinky fetish."

I've just finished shooting half of my film Cartas de la Soledad. It was a gruelling six-day shoot, with lots of drama and suspense both offscreen and onscreen. Lessons learned, too.

For instance, I will never shoot with a DSLR camera ever again. Unless Canon pays me gazillions of money. DSLR is not for those who love doing long takes. The rendition of blacks is bad. I will never shoot near the beach. I was trying to avoid a live sound recording nightmare by not shooting in the middle of the city. The beach can be as problematic. I will never work with people who does not understand my vision and aesthetics. It will just turn out to be an exercise in futility. I will never work beyond 16 hours a day. It's exhausting physically and creatively.

I shoot again in two weeks. I resolve to be more prepared than the first half of the shoot. I'm thankful for a supportive, patient and creative team: Coicoi Nacario, Elreen Bendisula, John Barredo, Madz Alang and Yam Palma. They were part of the team behind Limbunan.

For now I leave you with a photo still from the film. 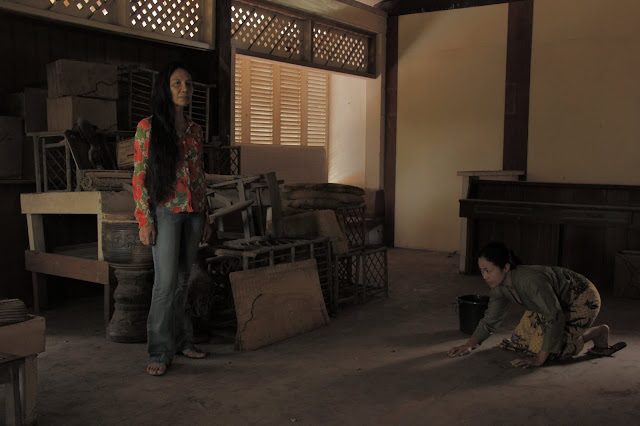