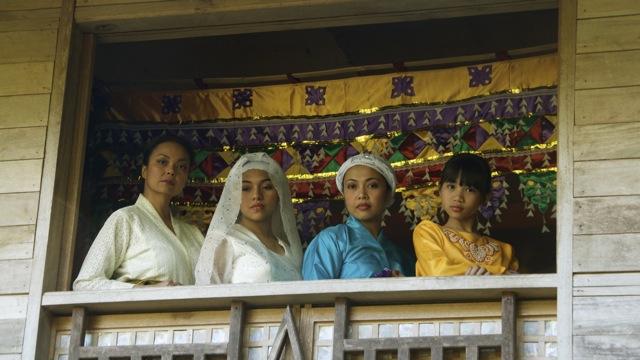 In a blurb written for the film's press kit to the 67th Venice International Film Festival, Zulueta wrote:

"In lyrically detailing the curious pre-nuptial rituals that a very young Maguindanao woman undergoes in Mindanao in southern Philippines, Limbunan lays the pros and the cons of tradition and change that any society in transition confronts. There’s no hard sell here: only images and stirrings of wisdom that fill the viewer’s heart and mind in one meditative flow of humanity and empowerment. Limbunan is that rarity: a poetic movie with a gadding edge."
at March 30, 2011 4 comments:

Finally I received word from my friends in Tokyo. They're all doing fine, despite news that radiation level in Fukushima have reached new highs. I've never been to Fukushima, which is about 200 miles away from Tokyo. The last time I was in Japan was in the winter of 2007. The trip was confined to the capital and the neighboring Kanagawa Prefecture. 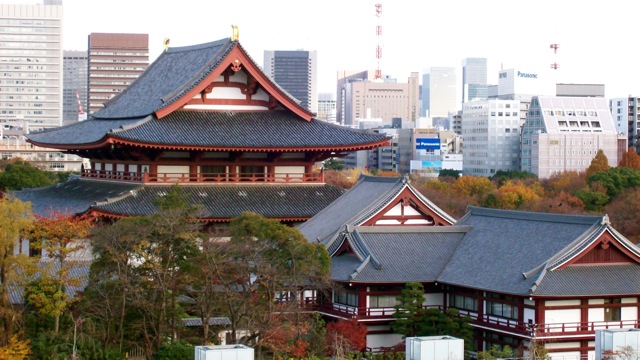 From my hotel window at Prince Tower, I could see the centuries-old Zojoji Temple. 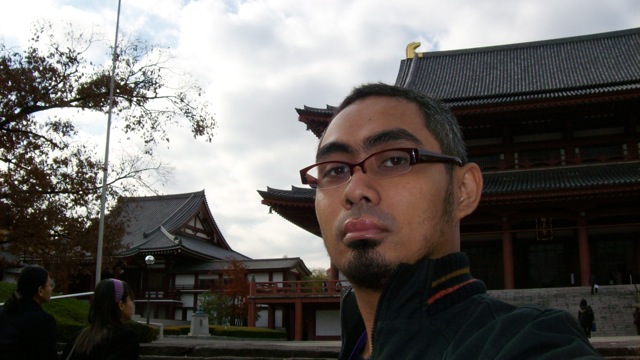 I would find myself straying to its hallowed grounds during my afternoon walks. In the front gate, you would be greeted with a lot of warnings, set in bold kanji, foremost of which is, no (lighting of) cigarettes. The thought of this magnificent temple reduced into smoke and cinder is sacrilegious. I was curious. What if fire, indeed, happens? My host Yojiro Tanaka of the Japan Foundation told me that like in most of Japan’s important heritage sites, there are rescue volunteers of Zojoji Temple, ordinary citizens who would rush to the site in case of fire. They conduct annual drills to prepare themselves for the job. Perhaps, when the earthquake struck on March 11, the volunteers also made sure that the temple was in good shape. 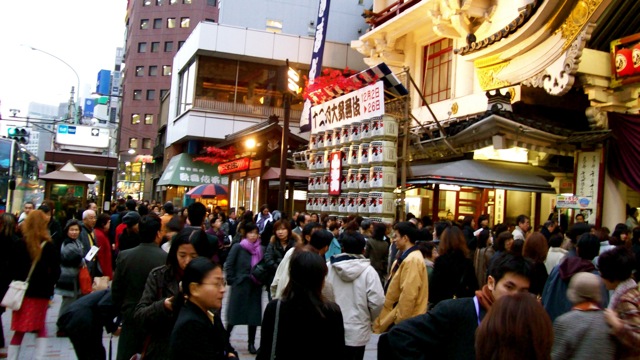 On Harumi Street in the heart of ultra-chic Ginza sits the Kabuki-za Theater. For three hours, I was enthralled by a kabuki performance. It made me hungry. Good thing there was an intermission. 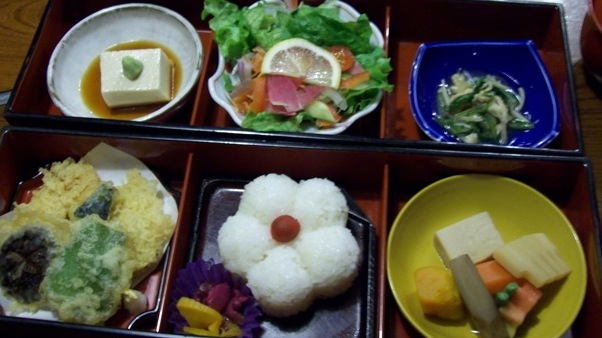 I had this bento box in one of the cafeterias in the theater. It was so pretty I just had to take a picture being chomping it all down. Before I left Tokyo, I visited Meiji Shrine enveloped in a lush, thick forest. It was serene, a stark contrast to hypnotic Harajuku at the entrance of the shrine. 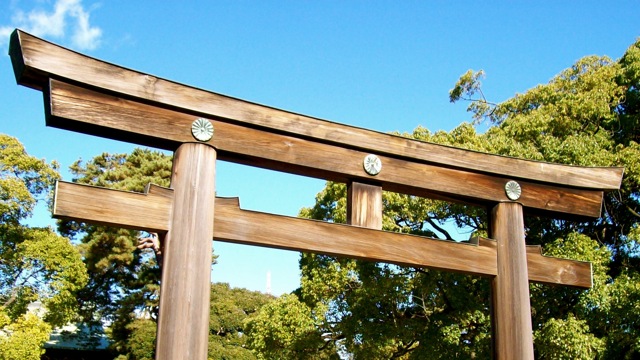