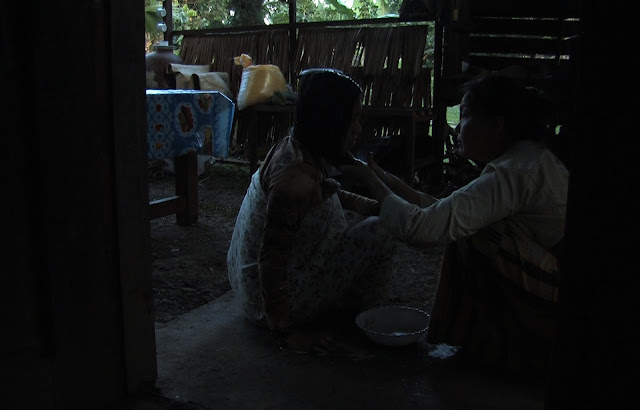 Filipino critic and blogger Francis Cruz included my film Limbunan in his list of the top Filipino films of 2010.

In his review of the film last July, Cruz wrote:


"Mangansakan tells the story of the land and its people via the pains of the women... Despite touching these themes of repression and denial of self-actualization via the requirements of cultural identity and for all the seeming obsolescence of these restrictive traditions in a present age where democracy is preferred, freedoms are valued and gender equality is emphasized, Mangansakan admirably takes a non-judgmental stance. In fact, he grants the ritual and all the reasons and rationalities for its continued existence due respect and reverence. Moreover, he meticulously recreates a setting where cultural details, from the patterns in the cloths to the singing duels prior to the wedding proper, are preserved. Limbunan, in all its stylized storytelling and its undeniable splendor, is most importantly, a very personal ode to his often misunderstood and misrepresented cultural roots."
at January 01, 2011

His arguments are well written, like a ponente. After all, he's a lawyer.