At three o'clock in the morning,  moping from the big defeat at the Cinemalaya Awards Night only a few hours earlier, I was browsing my Facebook and Twitter, reading comments and congratulatory notes (well, the latter was not intended for me obviously) when suddenly my Yahoo Messenger notified me of an incoming email. I didn't recognize the sender; it was in a foreign language. Settimana della Critica. Italian or Spanish? I thought to myself. I opened the email, and what I saw were words that would change my life forever.

"I would like to confirm that the film Limbunan by Gutierrez Mangansakan II is invited in the 25. Settimana Internazionale della Critica di Venezia...organised within the 67th Mostra Internazionale d'Arte Cinematografica, to be held in Venice from September 1st to 11th 2010."

This was on July 19, 2010. The next forty two days would become one of the most challenging days of my life.

In order to participate in Venice, Limbunan needed to be transferred from HD to Digital Cinema Package (DCP). It sounded easy, but I found out that it would cost us between US$2,500 to 6,000. Where would I get that kind of money? I asked everybody.

The first big challenge was to raise that amount. I wrote government agencies foremost of which was the Film Development Council of the Philippines (FDCP) which is mandated to help in the participation of filmmakers to international film festivals among other things. I also wrote to politicians and businessmen. A FDCP representative said that they couldn't fund the DCP transfer, only the travel to Venice. Sounded reasonable enough to me. The politicians turned me down. And so did the businessmen.

I wrote the National Commission for Culture and the Arts (NCCA). After a board meeting, I received news that they will fund half of the DCP transfer. I needed to raise the remaining fifty percent. I organized a benefit screening in Davao City during the Kadayawan Festival. With it, we were able to raise the 25 percent.

During this time, my editor Dempster Samarista, was already negotiating and coordinating with the laboratory for the DCP transfer. We were grateful that even without a down payment, the laboratory agreed to start working on the transfer.

As the laboratory was about to finish the transfer, I was still begging people to pour in funds. The money trickled very slowly. Desperate, I went to loansharks ("5-6") if only to raise the funds even if they charge a very hefty interest. Bahala na! We were running very late. The DCP had to reach Venice by August 27. We sent the DCP on August 27, after pawning whatever valuable was left to come up with the much needed funds.

The dilemma was just getting started. During the intervening weeks, all the bosses of FDCP tendered their courtesy resignation letters to the new president. Without its officials, the FDCP could not act on my pending request. I became more frustrated when told that there was a chance that the new set of FDCP officials would not recognize my pending request. (Until now, the new president has not appointed people to the FDCP).

So how do I get to Venice? Where do I steal money to purchase a ticket? I even joked to a fellow filmmaker, Ian Lorenos, who happened to be of Chinese descent, to point to me the rich Tsinoy businessmen in Binondo. "Papa-kidnap for ransom ko sila para magka pera ako." (I'll have them kidnapped for ransom so that I can raise the money.) Sleepless nights.

Some journalist friends got wind of my dilemma. Chris Fabian ran a story on Mindanao Times and Bayani San Diego wrote another one for the Philippine Daily Inquirer. MindaNews editor Carolyn Arguillas mobilized her network in the Mindanao peace advocacy.

Those who have read the news reports or heard my plight from friends sent words of encouragement. And money.

Since then, there has been an overwhelming show of support and generosity. I am deeply moved. I am profoundly grateful. I realize that, despite the seemingly insurmountable difficulties that we faced, and whatever fate Venice has in store for us, the most important thing is that people do care. That in itself is reward enough for me.

I wrote again to NCCA, kapal muks na lang. Fortunately, in the recent board meeting, they decided to take care of my airfare to Venice.

I am deeply grateful to the people who have been with me in this momentous journey. To Dempster Samarista, for his patience and devotion, even when at times I was pushy and seemingly lacking in direction. To Miss Malou Jacob and Dr. Ricky de Ungria of the NCCA for the continued support. You truly saved the day.

To Sec. Jesus Dureza, Dr. Jean Lindo and Miss Eva Salvador, my heartfelt gratitude. To Carolyn Arguillas, for rallying friends to help us. To Archbishop Orlando Quevedo and my Notre Dame family for their overwhelming generosity. To Miss Emanuela Adesini of the Italian embassy in Manila for making things much easier for me. To my cousins Pipo Matalam, Sarah Matalam and Alisa Bernan for convincing people to spend money for the film during the benefit screening. To Arnel Mardoquio, Lyndee Prieto, Fe GingGing Hyde, Popong Landero, Geejay Arriola, Amor Fe Unte, Raissa Jajurie, Tes Marfil, Alber Hussin, Carlos Zarate, Jay Rosas, Gus Miclat, words will never express how grateful I am to you. To Mike Torralba and Lineth Villanueva of DCinema, Inc. for the wonderful work they have done for Limbunan. (My apologies too if I became a pain in the gluteus maximus). To Alleluia Panis and Kularts for the love and support. The list gets longer every day. 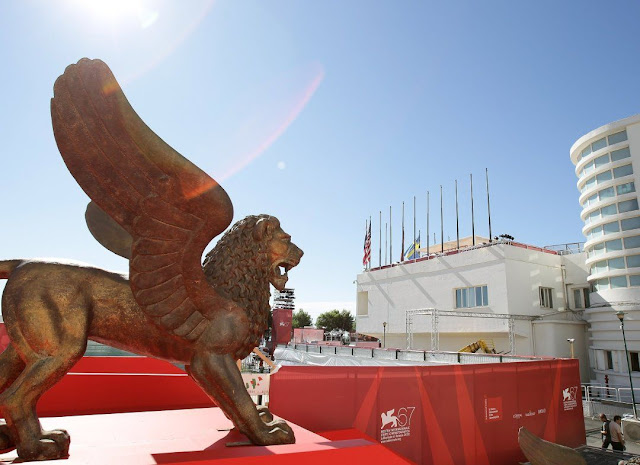