We forget things even before we lose them.
-Macedonian poet Nikola Madzirov


I started blogging on August 15, 2005. I have forgotten what compelled me, or exactly what I wrote about, but it was a truly memorable day. It jumpstarted my (creative) writing career. Blogging I believe is the best writing exercise. My writing was stiff then. I worked as a technical writer for a US government program. Imagination was not necessarily an asset in that office. It was your ability to mimic an established, generic style which merited the satisfaction of your boss. I guess I answered the reason why I started blogging. I got fed up with writing propaganda.

Tragedy struck on that day too. My grandmother died. It was the first time that I felt time stopped, literally. I didn't know what to do. I felt like my feet were buried in the ground. I was overcome with dread, anger and guilt. Two weeks before she died, she asked me to sleep over in Pagalungan, to be with her for the last time, but I had to go to Marawi because I was covering the visit of US government officials. I promised her that I'll be back, but it was too late. She was already lifeless when I arrived.

I became depressed, listless. My cousin suggested that I see a shrink, which I did. The diagnosis was depression, a major one.

In the following months, with the help of antidepressants, I started writing nonstop. I tried to write everything that she told me - little bits of family history, legends, folklores, political intrigues, her words of wisdom. These have become inspirations in my writings, even in my films. They are pieces of a puzzle that help me make sense of who I am. I keep discovering things about my people, my family, myself. Things that give more credence to the words of my grandmother.

Five years later, I continue to write. My MacBook has since given up on me. A pen and a small black notebook is my constant companion. If I'm too drunk to write, I record my thoughts on my cellphone.

In 2007, I published an anthology. The following year I was invited to the University of Iowa's International Writing Program. Now I'm awaiting two of my manuscripts to see print. I have several ideas for future books.

I have had hits and misses -the occasional laziness, the uncertainties, writers' block, rejection letters- but they have not deterred me from pursuing the writing path. They have strengthened my resolve to carry on. What is a writer's ammunition but the distillation of his own experience.

I find consolation that by writing I keep my grandmother here with me. It is in writing that I keep her words and memory alive. 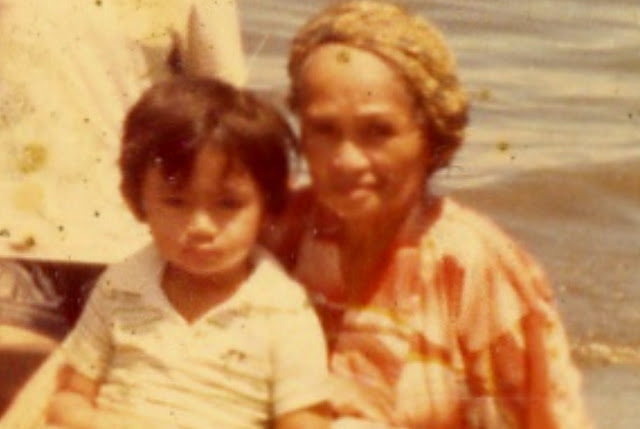